EMIR Research earlier thanked and fully welcomed the call made by the Government on May 28 for a Full Movement Control Order (FMCO), equivalent to MCO 1.0, beginning June 1, 2021 till June 14, 2021. This is an unpopular but necessary measure to break the chain of infections and allow our overwhelmed medical system to recuperate.

At EMIR Research, we are also grateful to see that the recently announced Pemerkasa Plus aid package by the government incorporated in full the suggestions made by EMIR Research towards a holistic “survive to restart” package aimed at softening the FMCO impact on the rakyat and fast-tracking vaccination.

It is particularly pleasing to see that taking care of SMEs, the cornerstone of the country’s economy, took centre stage in Pemerkasa Plus package.

EMIR Research earlier suggested at least three top-priority measures to support the small-and-medium enterprises (SMEs) to be affected by the current FMCO—loan moratorium for three months, rental protection for at least two months and wage subsidies for three months.

The provision of the three-month loan moratorium or 50 per cent reduced loan repayments over six months were granted and targeted for those truly in need, such as the B40 group, those who lost their jobs, and non-operating SMEs during the FMCO.

This is a welcomed response from the authorities and financial institutions. However, the M40 group and even the SMEs allowed to operate during FMCO are also likely to be affected (albeit at a relatively lesser degree), so at least a discounted loan repayment should be considered for this group, if not moratorium. Though admittedly, the government may be limited in its ability to give out more direct monetary assistance.

EMIR Research has placed this measure as the top priority among its policy recommendations for a reason. In the mid of 2020, in the aftermath of MCO 1.0, EMIR Research has conducted qualitative research to elicit rakyat sentiment and worries, including the pandemic-related ones. As incomes drastically shrunk during the MCO 1.0 (due to reduced walk-ins, dine-ins, etc.), fixed financial responsibilities created a serious problem for many discussants on the individual and the business level.

Many reported that managing their highly leveraged positions became merely an insurmountable hurdle during MCO 1.0 phases. This is where the discussants unanimously thanked the current government for their swift actions in this situation and imposing the moratorium. The discussants also, all as one, pleaded for extension of the moratorium, which was also granted by the government last year.

It is also a welcomed move by the government to extend its helping hand to SMEs in the form of loans, grants, and relief recovery facilities other than loan moratorium. For example, allocating RM1.5bil for microcredit to finance working capital at rates as low as 3% would be an invaluable help to SMEs as the cost of short-term financing is a tremendous burden for any business and particularly to SMEs.

To further reduce the burden, just like hotel operators, shopping complexes, airlines and others, SMEs could also greatly benefit from utilities discount. If anything, these small businesses may need it more. However, again it is understood that the government is trying to solve a vector of problems within given financial constraints optimally.

Another policy recommendation by EMIR Research was to introduce some form of the renter’s protection scheme for at least two months. This suggestion was also grounded in the heartbeat of the rakyat. In the said qualitative study, the discussants, especially those from business owners, emphasized their difficulties in managing debts and other forms of fixed costs such as rentals.

However, as EMIR Research also stated in its policy recommendations, it is important to ensure that such rental protection schemes would not bring the landlords and premises owners to the point of survival as well.

Probably in the absence of data allowing for such targeted subsidies government solution to grant special tax cuts to premises owners who offer at least a 30 per cent rental discount for six more months until Dec 31 appears to be very appropriate. On top of that, a 30 per cent discount on the rental of business premises would be given to MARA entrepreneurs affected by the economic closure from May to July 2021.

The third thrust suggested by EMIR Research to soften the impact of FMCO on SMEs, and through economic links on the general public, was wage subsidies for three months limited to those affected in private industries only.

In line with this suggestion, the Pemerkasa Plus grants one month wage subsidy programme extension for affected industries. The notion that there would be a cap of 500 employees per application gives the sense that this will mainly benefit SMEs again and potentially save many jobs, which is an excellent move.

Apart from the above, the suggestion by EMIR Research regarding direct cash transfers to vulnerable and deserving rakyat and daily-wage earners was not ignored as well and thoughtfully included taxi, bus, e-hailing drivers.

The Pemerkasa Plus package includes other equivalent solutions to achieve the same effect, such as levy payment exemptions, utility bills discounts, postponement of the penalty and fine payments, protection failure to service contractual obligations and others.

All of this shall resonate very well with the SMEs and rakyat in general, helping to minimize the negative impact of EMCO and aside from few minor considerations mentioned above, Pemerkasa Plus is generally a considerate one. The announcement that Ministers and Deputy Ministers would not be taking their salaries for three months is also a strong gesture that they are “in it” with the people.

The allocation of RM 1 billion from the RM 5 billion direct fiscal injection shows the focus on boosting public healthcare capacity, which is a much-needed measure to alleviate breaking-point pressures of the healthcare sector.

More than half of the RM 1 billion goes to spending for related Covid-19 operations, procurement of medicines and reagents, and appointment of contract officers. It is hoped that this would involve the latest test kits necessary for detection of the latest variants and the procurement of current and potentially upcoming drugs and chemicals such as Ivermectin, nitric oxide, and others.

The contract extension and rehiring program is a welcomed gesture as both a reward for their services and as a morale-boosting incentive. That said, considerations for permanent positions and other forms of career positioning have to be done as a continuous effort.

Measures to expedite the vaccination process such the designation of a total of 1000 general practitioner (GP) clinics and private hospitals as vaccination centres, rolling out drive-through vaccinations, and the use of Government vehicles to help bring vaccines to the elderlies and people living far away from vaccination centres are all excellent decentralization strategies and a sign that the relevant ministries are listening to public and expert’s suggestion.

However, these stimulus measures would be a waste if the lockdown does not achieve its intended purpose. In this matter, EMIR Research maintains its position that phase one of the FMCA has to emulate the success of MCO 1.0 in the sense that a “total lockdown” must be in place – the success of which allows the transition into Phase two where economic sectors can be gradually opened up again.

The success of Phase 1 is contingent on a total lockdown or strict monitoring and enforcement of SOPs, particularly for the permitted or essential sectors (some of which have been historically known as cluster contributors). Past experience provides ground for concern in placing heavy reliance on public and business sectors adherence to SOPs. As MCO 1.0 was eight weeks in duration, phase 1 of the FMCO may require longer than 14 days.

The empty roads during the initial period of MCO 1.0 appear to be a startling contrast to the heavy traffic, or at least, business-as-usual levels of traffic reported on June 1. This could simply be the impact of increased roadblocks, or an indicator (albeit a rough one) that economic activities are operating at a level higher than ideal. The reported crash of the website of The Domestic Trade and Consumer Affairs Ministry the day before FMCO points to high interest levels from business sector.

Successful total lockdown, which would give healthcare facilities the much-needed breathing space, must be paired with the projected increase in vaccination pace and would depend on the successful adaptation and enforcement of current SOPs for the workplace, vaccination centres, individuals, public places and public transports and other places, especially given the airborne nature of Covid-19 transmission.

Dr. Margarita Peredaryenko and Ameen Kamal are part of the research team of EMIR Research, an independent think tank focused on strategic policy recommendations based on rigorous research. 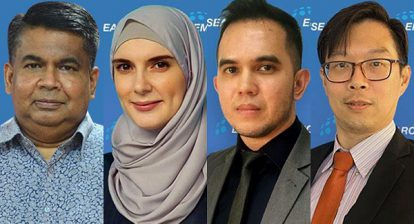 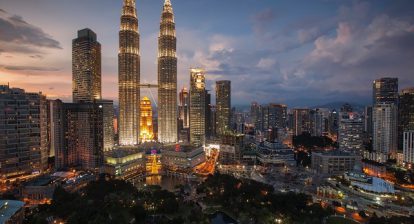 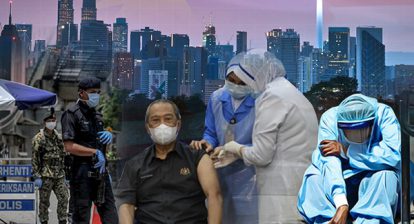 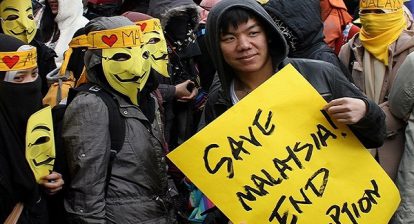